Main Types of Eating Disorders and the Treatment Options

Eating disorders are becoming more and more widespread. These are serious mental health conditions that you should certainly know about.

Reasons for having eating disorders can be numerous: from genetics and mental health issues to social pressure people are being imposed all the time.

If you have encountered this problem in your life, keep reading. In this article, we will take a look at different types of eating disorders, explain their main symptoms and signs, and discuss how it’s possible to treat them. 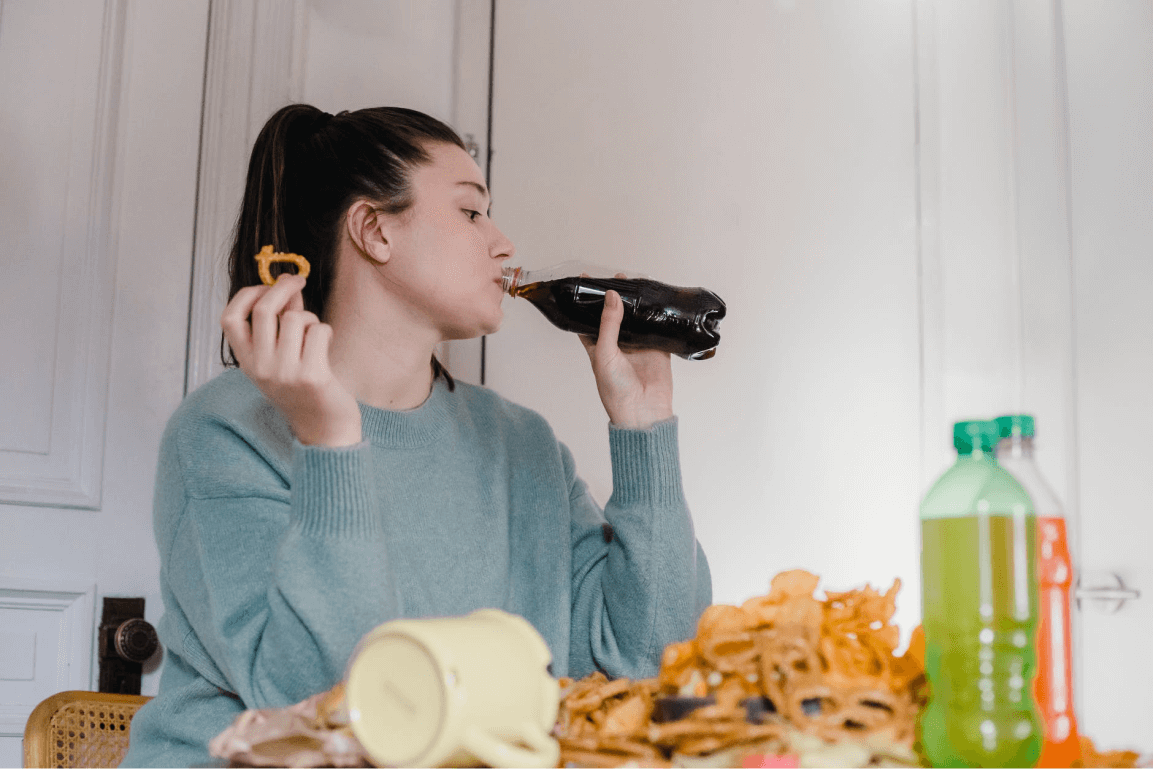 What Are Eating Disorders?

Eating disorder is a complex mental health condition that is characterized by recurring unhealthy and dangerous eating habits like being obsessed with food, undereating, being too preoccupied with body weight and shape, etc.

When the problem is not treated, it can cause severe health consequences that can even lead to death. Usually, young women are the most affected by eating disorders. However, it can also be a problem for people of any age and gender.

The symptoms of eating disorders can be diverse, depending on the type. Among the most common signs of these conditions can be food restrictions, binge eating, vomiting, and over-exercising.

Now, let’s take a look at the most common types of eating disorders, dig deeper into the core symptoms and signs.

People who struggle with anorexia nervosa usually see themselves as overweight even if they don’t have excessive weight at all and even if they are underweight (which can be already dangerous for physical health).

They tend to track calories, restrict their food intake, avoid certain types of food, monitor their weight constantly, and purge by vomiting or using laxatives.

It is another well-known and widespread eating disorder. This one is a very serious and even life-threatening condition. It’s characterized by self-induced compensatory vomiting that is subsequent to binge eating.

People struggling with bulimia tend to eat excessive amounts of food. The binge eating episode ends only when a person is completely full and even feels abdominal pain.

A person simply cannot control the amount of food they eat and can’t stop. Then, to avoid stomach discomfort and compensate for an excessive number of calories, a person with bulimia purges themselves by vomiting or using laxatives.

This disorder is very similar to the previous one as it is characterized by eating excessive amounts of food in a short period of time and losing control during these binges.

Afterward, a person usually experiences shame, guilt, or stress. But in this case, people don’t use purging or over-exercising as a solution to compensate for calories intake.

Rumination disorder is a recently recognized illness. A person regurgitates previously chewed and swallowed food, then re-chews and re-swallows it (in some cases, spit everything out).

It’s a completely voluntary process that often happens 30 minutes after having food. If it’s not treated, the disorder can lead to malnutrition and abnormal weight loss.

This one is also a newly recognized diagnosis and was previously referred to as a “selective eating disorder.” This disorder is very similar to anorexia. It involves severe food limitations and restrictions. However, unlike anorexia, it does not cause any stress regarding body weight or shape. A person is very selective about food and does not get enough calories according to their height, age, gender.

Usually, this disorder affects kids in their early childhood but can also persist into adulthood.

Other Types of Eating Disorders

These were the most common and widespread eating disorders. However, there are so many more. Here are less known but still existing eating problems and disorders:

We all have been there, but people who really have this disorder frequently and regularly eat excessive amounts of food during the night after awakening from sleep.

Unlike bulimia, people struggling with this disorder do not have episodes of binge eating. Instead, they simply purge by vomiting, using laxatives, or other ways to compensate for calories and control their body weight and shape.

People may have eating disorder symptoms, but they don’t fall into the types of disorders described above.

How to Effectively Deal With Eating Disorders

Eating disorders are serious problems that can negatively affect the overall physical and mental well-being of a person. Therefore, it requires professional treatment as it’s quite challenging to cope with it on a person’s own. Usually, they can’t even recognize the problem.

If you, your friend, or a family member have eating problems or struggle with one of the types of eating disorders, turn to a licensed mental health professional and your GP. Start the treatment as soon as possible.

In addition to face-to-face sessions and visits, you can always try out online therapy. It’s a great way to check in and get treatment for affordable prices.

All types of eating disorders can seriously affect a person’s life. Respectively, professional health care is the right way to solve the problem and get back on track.

Online therapy is a convenient and affordable addition that will enable you to get in touch with a mental health professional, foster positive results, and establish healthy relationships with food and your body.

Don’t hesitate and make your first step to healing and dealing with the problem that holds you back.

Sophia is a mental health and wellness expert with a background in psychology and over 8 years of experience in content writing. She focuses on learning and writing about the skills people need to heal, cultivate happiness, and restore joy in their lives.

The page you requested could not be found. Try refining your search, or use the navigation above to locate the post.