At a point in time, we often contact cases of selective memory, be it in a young person or an aging uncle; it can be frustrating sometimes trying to connect with someone who forgets crucial pieces of information about the time spent and memories shared. Here we will touch on the selective memory process, the symptoms, what causes the condition, and possible available treatments. 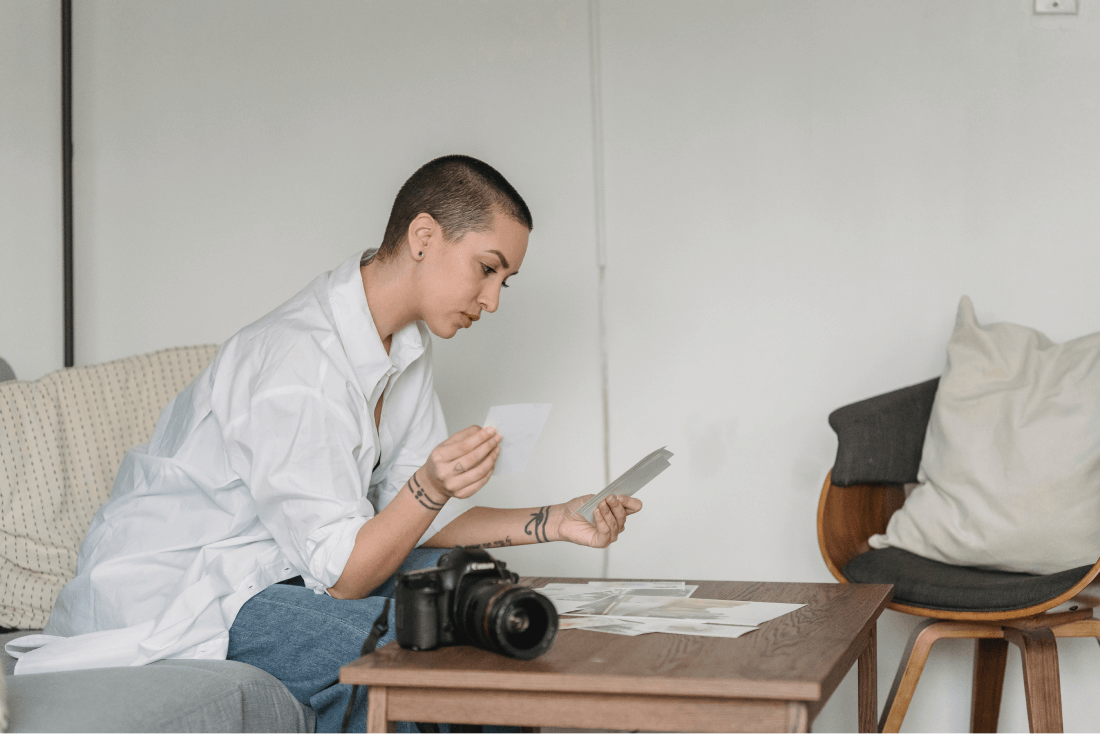 Memories are not clear cut; more often than not, many of us at one time or the other have struggled with what part of life events we wish to remember. To a certain extent, every individual has a degree of selective memory bias. Every person’s thoughts and personal perception are to some extent influenced by the kind of person they are, how they see the world, the circumstances surrounding an event, and their experiences.

What do we mean by selective memory?

Clinically, selective memory, also known as selective amnesia, is the ability to retrieve specific facts and events to exclude others. Generally, a person can remember certain information about a particular event, an occurrence, or life experience without remembering other information pieces. Sometimes, there is a degree of intentionality behind it. Some persons might choose only to recognize certain information about an event. Sometimes, selective memory can be incited by the brain as a defensive mechanism. While at other times, it could be triggered due to physical pain or a traumatic experience. A person who once suffered abuse from a lover might selectively choose not to remember the occurrence. So also, a child who has experienced continuous cases of abuse might decide not to place such traumatic experiences in detail. Selective memory is sometimes not all bad, but it is not the best long-term solution to coping with trauma.

Some people who suffer from selective memory disorder might tend to forget particular issues, people, or events that are too extensive to be explained by ordinary forgetfulness and that are posited to be organized according to emotional rather than temporal parameters.

People sometimes tend to forget events that caused them overwhelming pain and stress selectively. Occurrences like heartbreaks, abuse, war, discrimination do cause a great deal of trauma. Most times, people don’t want to remember events that stressed them out or caused them pain in other not to outlive such events over again.

Research has shown that selective memory loss can sometimes be inherited. It has been medically proven that sometimes close relatives of someone who suffers or once suffered from selective amnesia tend to develop a particular memory disorder though its occurrence is rare.

The environment also happens to play a role in the development of selective memory disorder. Occurrences such as war, natural disasters sometimes leave trails of victims who would naturally prefer to forget their experiences during these occurrences.

A person who suffers from an imbalance of emotions or personality Disorder is more susceptible to experiencing dissociation due to intense emotional highs and lows, as in a patient diagnosed with being bipolar. A dissociation is an extreme form of selective memory where patients tend not to recollect specific events or tidbits from an occurrence.

The human brain, body, and body system are susceptible to changes. With age comes the realization that you might be losing your ability to recollect some events. Many instances of the selective disorder have been attributed to age.

Selective memory disorder, according to research, is a rare occurrence; it affects about 1% of men and 2.6% of women in the general population. While the environment plays its role, research has linked many instances of selective memory to personality traits. Certain personalities are easily associated with selective amnesia; for example, a selfish person may manipulate certain people or circumstances by telling revised versions of an event while embellishing it with specific information to further his agenda. They may purposefully leave out certain information or details to cast themselves in a favorable light or paint a picture that isn’t accurate. Narcissists have an inflated sense of importance; hence, they want to force their opinions and ideas down people’s throats. As such, it is not uncommon to see them manipulating details about an occurrence in furtherance of a personal agenda. This form of selective memory has been said to be intentional rather than clinical.

The symptoms of selective memory include but are not limited to:

One primary aim of treatment for selective memory loss is to ensure that the patient and the people around them are safe. And that the patient safely reconnects with activities around him and the environment. The most effective mode of treatments include but are not limited to:

For most people with selective amnesia, memory eventually returns, sometimes slowly and sometimes suddenly, making the overall outlook very good. In some cases, however, the person can never fully recover their lost memories. People with selective memory usually respond well to treatment if they are adequately cared for. But this depends mainly on the support available to them, like support from family and friends, the patient’s personal life, and the kind of treatment being given.

Patients are often advised to seek therapy when suffering from a selective memory disorder. That is indeed one of the most effective ways to cope with selective memory. Treatment not only caters to the patient’s mind but the body and overall well-being as well. It is well to advise patients not to give up on themselves by resulting in alcohol or isolation to manage their situation; there is help available from both online and physical professionals. It is easier to consult a professional therapist than to nurse a family member suffering from selective memory alone at home, hoping for them to get better. 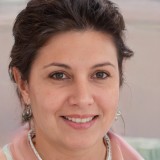 Elizabeth Walker
For Elizabeth, mental health is a personal story. She is an author who provides innovative, creative, and engaging content on topics such as stress management, emotional wellness, relationships, etc. She enjoys creating a useful content to empower people and uses personal experience to help others on their journey to recovery.
Find a Therapist 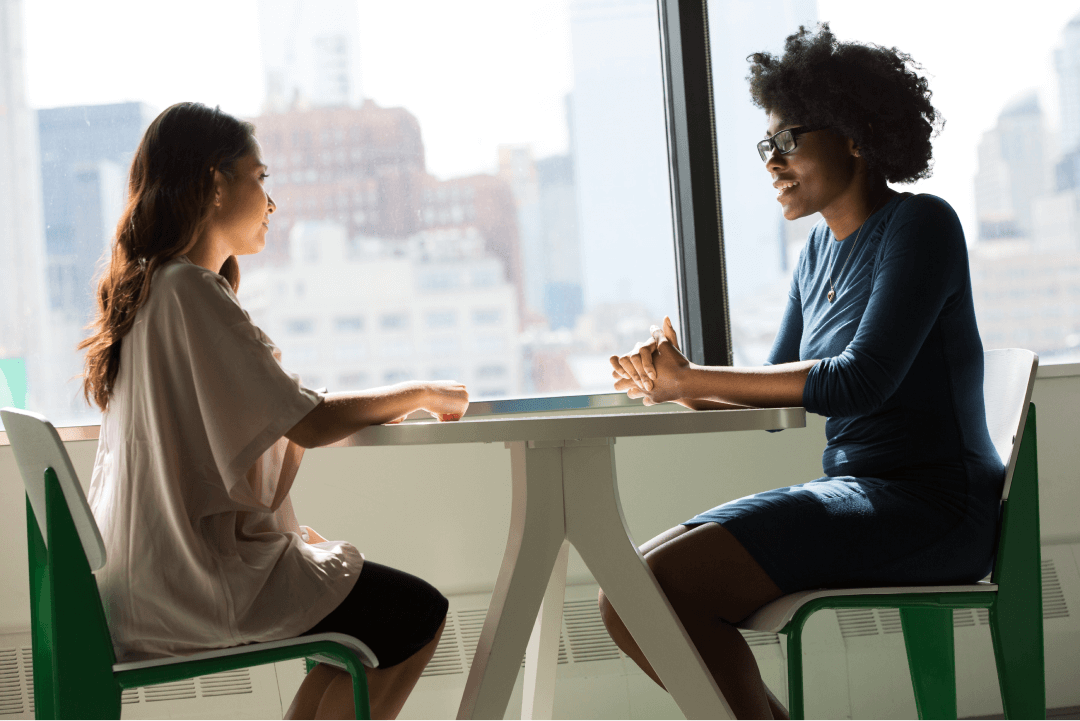 What Are Gestalt Therapy Techniques?

Gestalt therapy has been used as a form of therapy for decades. The mastery of this technique has led to mostly positive results. Here we will be taking a deep dive into this majestic apparatus, an... Read More 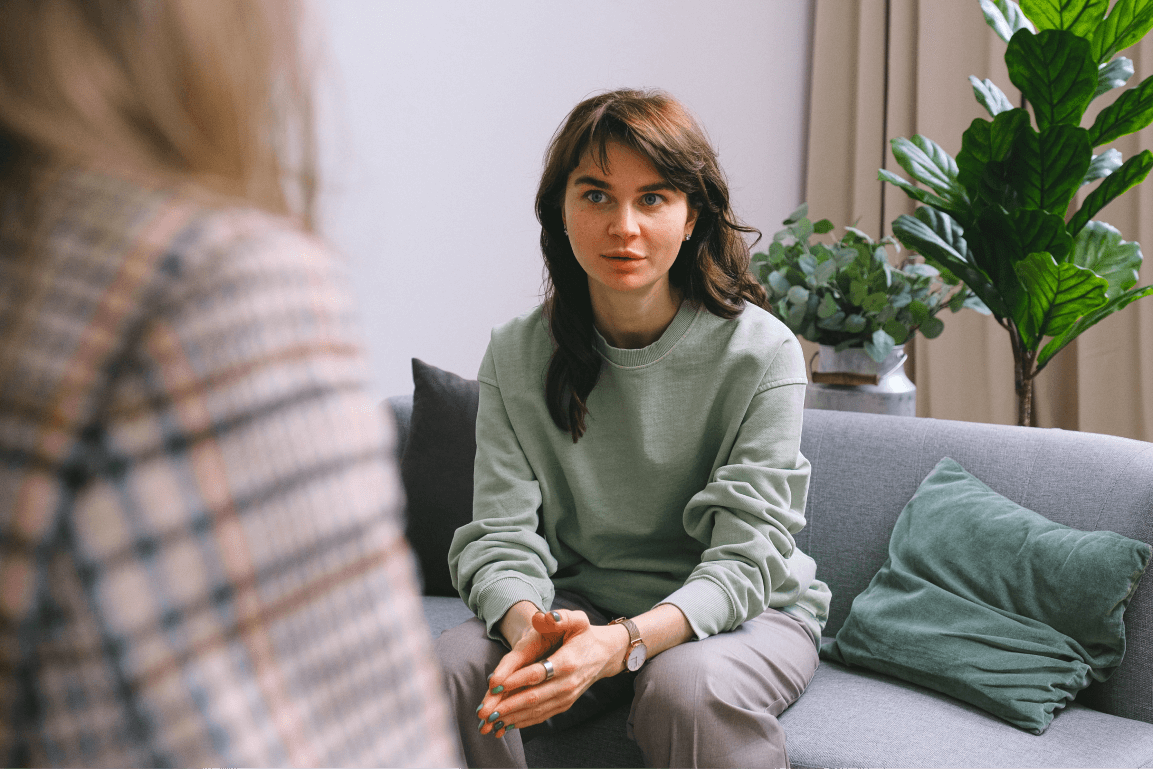 There’s a lot of stigma surrounding issues to do with mental health. Many people live in fear, afraid to share their struggles with loved ones because they don’t want to be judged. Even worse, ... Read More 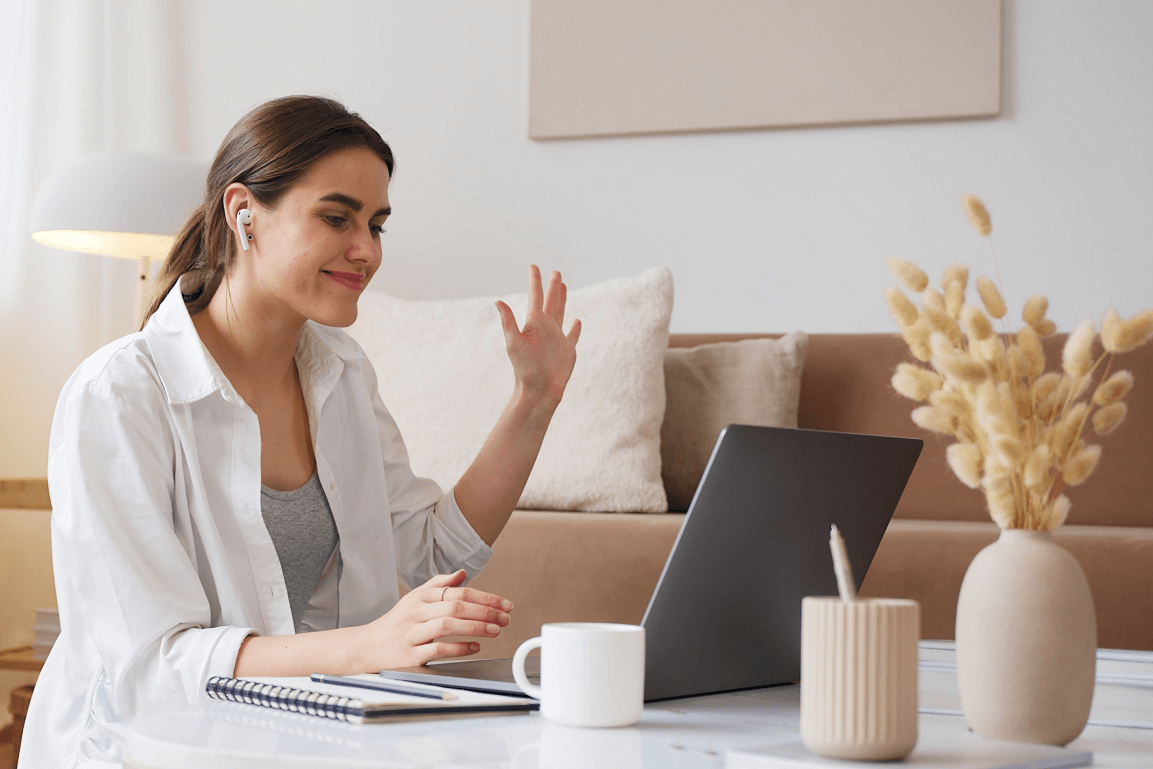 Technology has, without a doubt, revolutionized the world. Today, you can get any service or goods you need right at your doorstep at the click of a button. And with the onset of the coronavirus pa... Read More 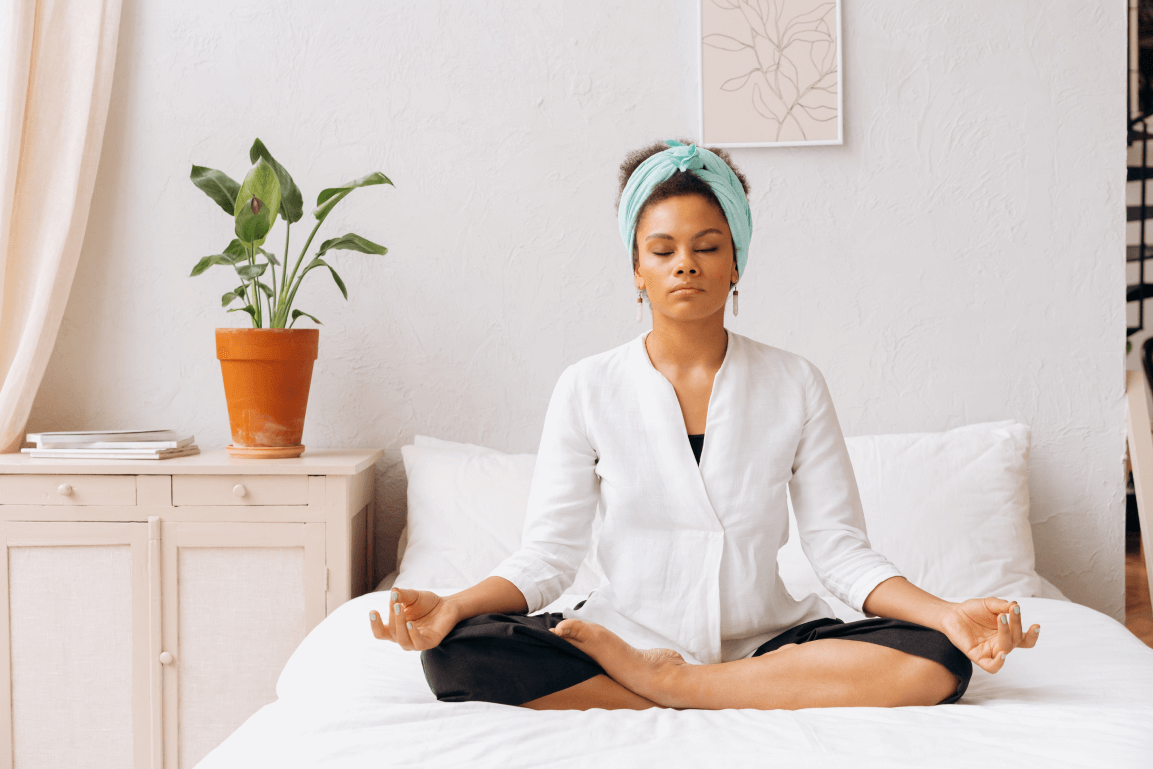 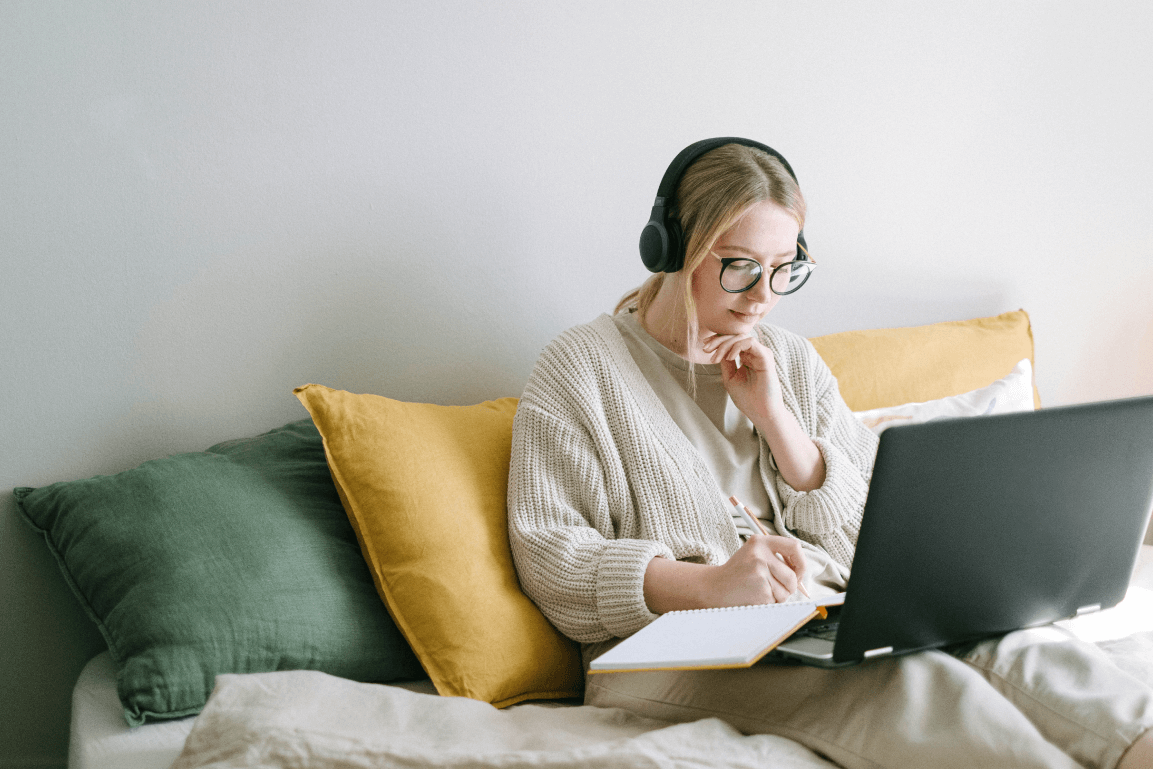